Innebula is set in the nearby future where mankind is growing beyond the borders of earth and need to seek refuge in outer space colonisation. Follow missions to gain more experience. Become a colonist or space pirate. Your skills in the art of space war, mining, trading, diplomacy and inter player cooperation are put to the test. Do you have what it takes to influence the happenings in the Universe?

Innebula the new strategic MMO is out now in beta and can be viewed at www.innebula.com

The first ideas for Innebula started in 2008. As an artist Anke Kuipers was working on big installations often allowing the exhibition space to become an important part of the artwork. Different themes like: identity, globalisation, and outer space where explored in her works. At a certain point she was working on special seeds that would make it possible to create live on inhabited places like the moon and other barren planets.

This is where the first ideas started to create the game ‘Innebula, that literally means ‘ in the clouds of outer space’. Innebula is a game that is leading to endless possibilities and will never be finished completely since it is just the release that will lead to expansion.

The development of Innebula started early 2010. The beta of Innebula came out early 2011. The real release is expected in autumn of this year.

We are busy at this moment, but more projects are on the way. We’ll keep you informed in this section. 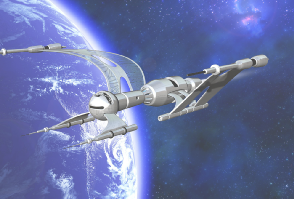